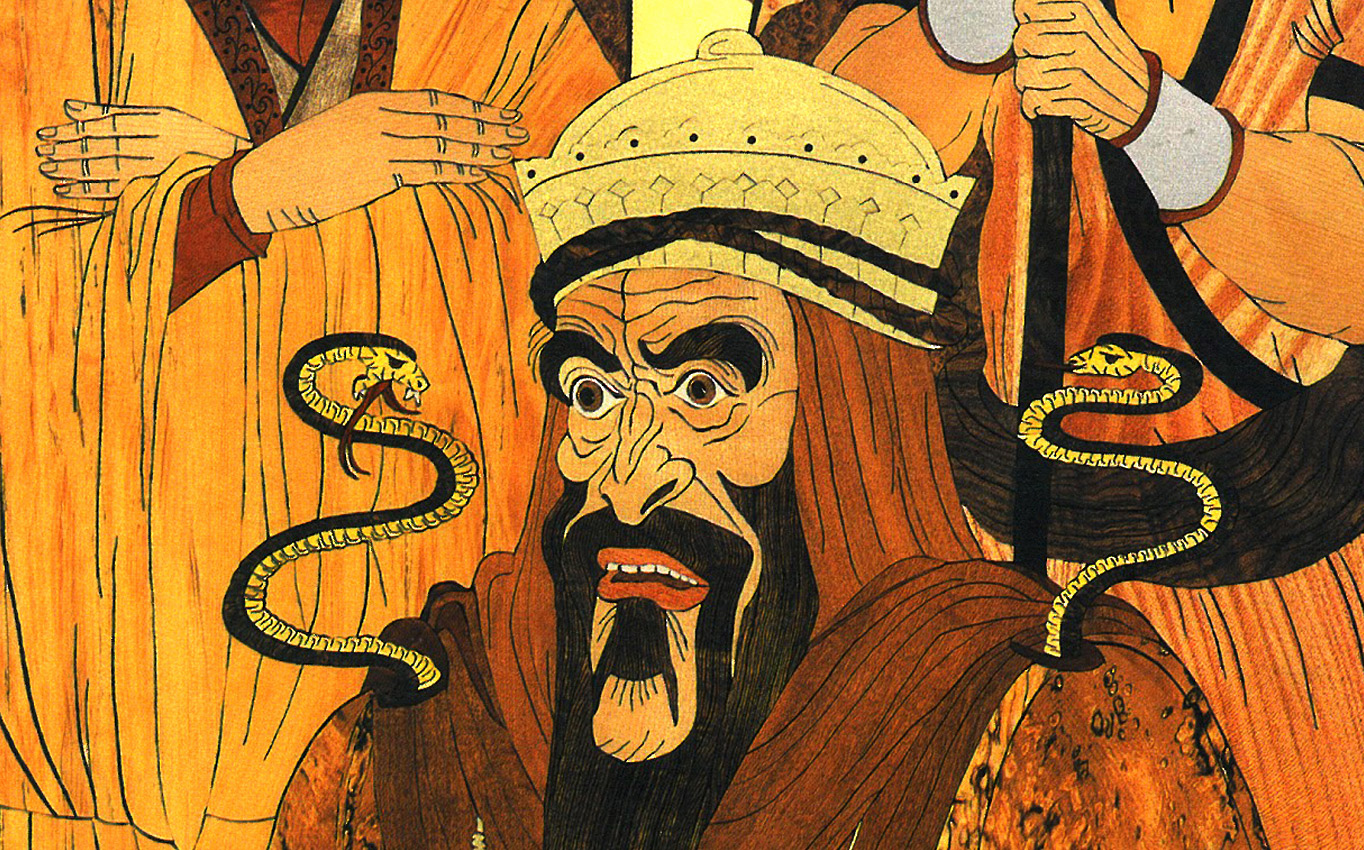 According to Robin Robertson‘s definition in Jungian Psychology for Beginners, archetypes are stories that are repeated over and over in our lives.

Centuries and millennia pass, but some stories are fixed and repetitive. Almost the same definition is given by mythologists for myth. “Myth” is the common theme of stories. Although there are many stories in different nations and cultures that are seemingly different, examining them reveals that a limited number of repetitive “themes” or “motifs” are common to these multiple stories.

If we look at life from the point of view of mythology and archetypal psychology, although each life situation is unique and unrepeatable, we can put these different situations in a specific framework that makes life understandable to us.

The subject I want to address in this note is “mythology and politics.” Government or institutions of power exist in all societies. Mythological and archetypal perspectives may reinforce our belief that life is algebraic and that history is repeating itself. On the contrary, it can be said that yes, life is full of algebra, but the knowledge of algebra gives us the right to choose. Myth not only shows us the bottlenecks of a situation, but also the outcomes of that situation and the ways out of that crisis.

How does a myth feel about politics?

There are many stories about kings, the game of power, the oppression and captivity of human beings. Going through these stories, we find that a single pattern or pattern is being repeated in these stories. Sometimes these stories are very short, like the one told by Ignacio Silone in his two books, Bread and Wine and A Seed Under the Snow, which are no more than three sentences:

Silone, of course, quotes this three-line story from the Bible. If we reflect on history, we find that this was the beginning and end of many domineering governments, and it is consistent with this short story.

Among the Persian myths in Ferdowsi’s Shahnameh, “Zahak” is the first authoritarian and incidentally, the name Zahak is the first Arabic name mentioned in the Shahnameh (except for the introduction of the book which is the praise of the Prophet and the righteous caliphs). Zahak Persian name was “Dragon”. What message did Ferdowsi want to convey with tenderness and wisdom during the domination of the Arabic language?

First, a dictator is a person with a foreign language; Secondly, the name dragon comes from the dragon because it had grown on Zahak’s shoulders due to the kiss of the devil (devil) snake, and this dragon has to eat the brains of two young people every day to calm down. When a dragon becomes a laughing stock, its meaning immediately changes. Zahak means “smiling man”. While the dragon is a hostile and grumpy person, someone that people are afraid of.

Thus, nearly a thousand years ago, Ferdowsi referred to “linguistic captivity” in the mythological section of the Shahnameh. A system of domination, in order to be able to control people, requires them to speak the language prescribed by the system of domination. Linguistic captivity has existed from the past to the present; The language of domination is the language of distortion of facts; Putting beautiful names on ugly experiences is; Deviant nouns are put on events that if they are not nouns, we see and understand them differently.

Instead of being chained to people’s feet and blindfolded, they are imprisoned by creating a new language, the language of domination. In such a way that people do not even think of escaping.

This is basically the difference between authoritarianism and totalitarianism. A stubborn man with a stick in his hand enters our alley and crosses the alley, he is square and tall. We give him money that is not our job and he does not beat us. But we are still thinking of retaliating at the right time and hitting it; This is an authoritarianism that we all know.

But totalitarianism is one step ahead of tyranny, it does that when it comes to us with its stick, we kiss its stick and offer it safely and for everything we have, and say come to our house at night to serve you. Let’s be.

Totalitarianism, by changing concepts, creating phrases, and distorting reality, behaves in such a way that we consider the bully of our alley as our saviour. The Psychology of Tyranny and Authoritarianism, also known as The Critique and Analysis of Coercion, is the work of Manès Sperber, a German Adlerian psychologist.

“We do not need psychology to understand why someone is oppressive and domineering and likes to hit people with his stick,”

Manès Sperber  says in the book’s introduction. Everyone knows that they are people who need power very much and others like to obey them. They have either been greatly humiliated or highly praised as children.

“Understanding these people is not complicated at all,” says Manès Sperber.

But what psychology needs to address professionally is how humans worship the stick that falls on them. The issue here is language captivity. In fact, the systems of domination begin to create a new language and by creating a new language, they close the way to independent, creative and questioning thinking.

As a result, we think the way they want to. As soon as I tell the dragon, Zahak, we believe that he is a funny man. Probably a kind father too. A kind father who also has appendages on him. After all, every father has a house, and every father may have extra aspects, where is the unripe flower ?! Do you see how the “father metaphor” distorts the way it looks at the problem?

Two great writers have dealt with “linguistic captivity” in their works. “Franz Kafka” in the short story “Island of the Condemned” and “George Orwell” in the story “1984”. “Island of the Convicts” was translated in Iran many years ago by Hassan Ghaemian with an introduction by Sadegh Hedayat.

In Kafka story we know an island that rules. The ruler of the island issues orders to the people, and if anyone disobeys his orders, he is sent to a machine to punish him, who engraves the ignored commands on the tin with a razor, a dagger and a nail. While dying from torture, all the ruling commands are repeated in their minds. Because all their tension is captivated by the ruling sayings. This is a beautiful reference to linguistic captivity. Our minds are so bombarded with commands that we slowly obey them. It is as if our body is out of our control.

In his 1984 novel, George Orwell speaks of an “Big Brother Association” or “institution of power” whose job it is to create new words and remove old ones. This institution of power is a ministry called the Ministry of Truth, whose job is to fabricate and distort the truth, and to make false mistakes about the history and events that take place.

This is how George Orwell addresses language captivity in his novel. One of the things that existed in the twentieth century in totalitarian systems was the media, such as television and cinema.

The mass media creates a “macro-narrative” and bombards us so much that we believe in their macro-narrative and relate to our immediate experiences. For example, we see that our basket is just empty, but in popular cinema, we see that they go out of stores with shopping.

We say to ourselves, maybe the basket is full, but I do not realize.

“When the mainstream media tries to show something, you should focus on what they are hiding from you. “When a story is repeated many times in the news, when a subject is regularly on the billboards, think more about what is hidden behind that news but not the subject itself.”

I have dealt with this issue more in the note “Fascism and Cinema”.