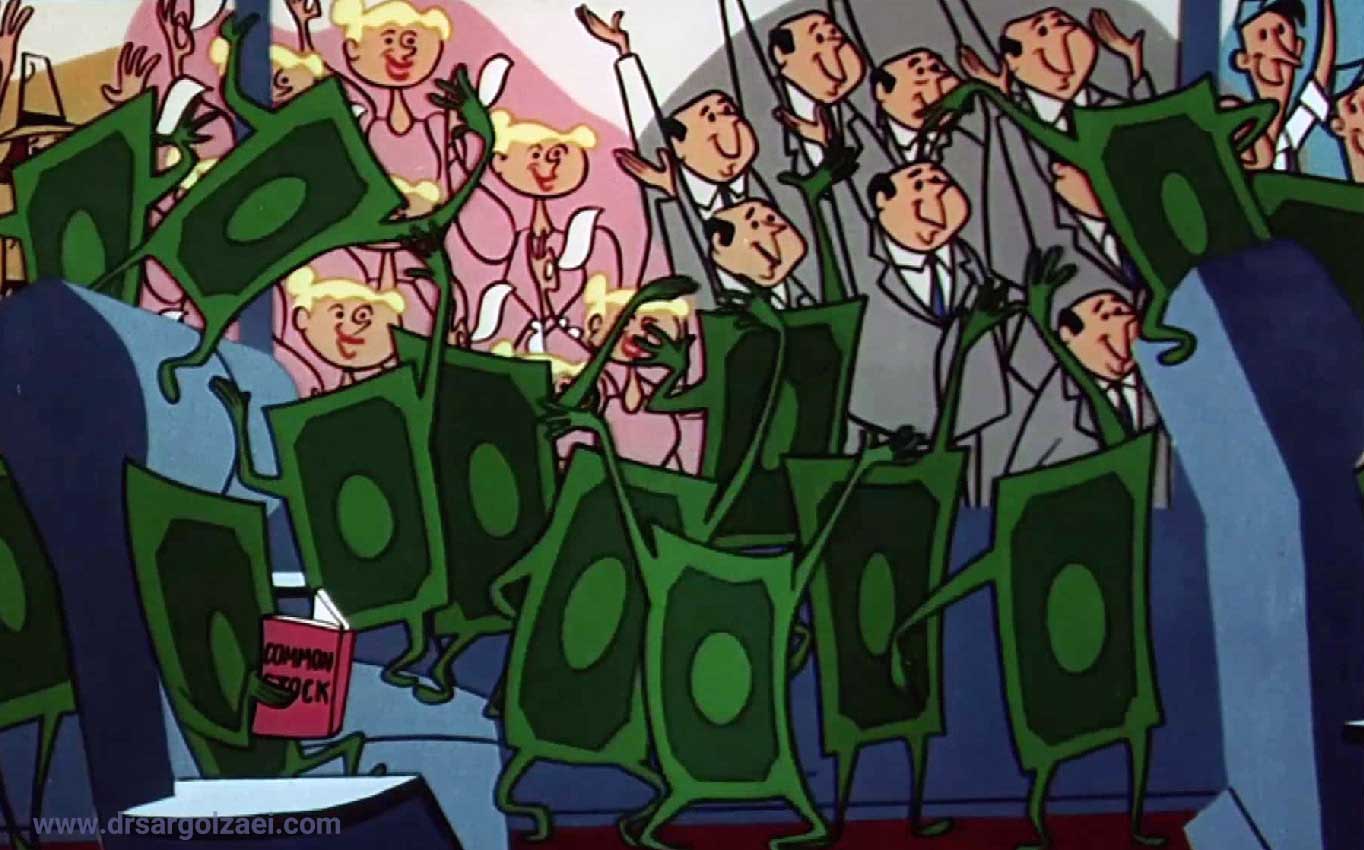 Liberalism and socialism in psychology

The twentieth century was the scene of left-wing (socialist) and right-wing (liberal) theorists. This controversy also spread to the field of psychology.

In the economic sphere, the opposite point of socialism is considered to be capitalism, but in the psychological sphere, socialism versus liberalism means whether an individual has a meaning separate from his social network?

We have different layers; In other words, each person has a series of “social roles” such as the role of spouse, mother, teacher or citizen. Now, if we take all the social maps of this person, is there anything left of this person or not?

In the field of psychology, socialists believe that the story of human identity is like an onion; Because if we open the onion layers one by one, nothing is left of it; So the identity of the individual is nothing but the sum of his social maps. But there are others in psychology who see one’s identity as a peach and believe that if we open those social shells one by one; We get to the nucleus, which is a fixed nucleus.

For this reason, in communist systems, psychoanalysis was considered a bourgeois behaviour and mainly dealt with psychological problems with a behavioural perspective. Theorists can thus be divided into two separate groups; But these two philosophies can be considered as two poles of a spectrum.

In this case, we see that many psychoanalysts also had a socialist view.

That is, this division, like all things in the world, can be viewed as “absolute” (zeros and ones) or as “spectral”. For example, Jacob Moreno told him in a meeting with Freud:

Where your work ends, my work begins, because you guide the patients(clients) in your office until the door of the office ; But I walk down the street with them, I go to their home and workplace and meet their in the natural context of their life.

But in the same field of psychoanalysis, there are people who, although they consider themselves psychoanalysts, strongly believe in the role of society in the formation of individual identity; Like “Eric Fromm” who has a completely social perspective on the subject or “Harry Stack Sullivan” who believes in the role of education in adolescence (the period of identification or Cham period) or like “Karen Horne” who strongly plays the role Culture believed that many of the psychological complexities described by Freud were the result of patriarchal culture (and feminist psychology originated here). Considers the factor of formation of self-centred personality – competitive atmosphere – ambitious and monopolistic. In his view, as long as such a system is in place, such a personality will be formed in abundance.

So although these people are called Neo-Freudians; But they seem to be much closer to socialism than to liberalism.

Even Jung, who looked at big social issues from a completely psychological point of view, believed that when we want to interpret a phenomenon like World War II; We do not focus on social or economic factors, but on the psychological factors of war formation (for example, the German nation was humiliated and this humiliation led it to look for a hero, and this social context led the nation to follow Hitler, which is why the war broke out). ) And has a completely psychoanalytic conception of a purely social phenomenon such as war; But the same Jung, in the treatment space, sometimes interferes in the social network of his clients.

In a therapeutic case, he concludes that as long as his client, who suffers from alcoholism, is the manager of his mother’s factory, her problem won’t be solved .

Even to force the mother to expel her child, he writes a certificate according to which it is not possible for these authorities to work in that factory according to the legal authorities! (He says to himself: I did an immoral thing; I wrote a medical certificate that this person has a disease and it is dangerous for him to be in this position, while he was not dangerous.) That is, Jung also believes in co-dependence and “interdependence.” Had; To the extent that he interfered in the person’s authority and, although the person did not want to leave that environment, he forced him to change his environment.

Thus, although psychoanalysts are traditionally classified as liberal psychologists; But when we do not look at the categorical form and look at the spectrum; In many cases, a person cannot be considered outside the social sphere.

Systemic treatment means intervening in the client’s social network. Some therapists in Systemic Therapy have gone so far as to believe that there is essentially no cure if it is not Systemic;

For example, R.D. Laing, a Scottish psychiatrist, says that schizophrenia is a matter of Position of checkmate; That is, the state of chess and matte chess.

In chess when the king become cult; Every time you look at the king, you do not understand why he became cult; You have to look at the playing field to find out that the reason for the king’s cult is not only that it is located on a certain house of the chessboard; Rather, it is the residence of the minister, the horse and even the soldier, which has closed the roads and put the king in the position of cult.

Also, if the cult is to be eliminated, we must see where each nut is located. We can eliminate cults and mats by moving other pieces in the field of play; That is, he is often the king of Kish; But do not touch the king; Instead, for example, you put a horse between the hostile minister and the king and the cult is eliminated!

Of course, you have to keep in mind that when R.D. Laing talks about schizophrenia; It does not mean the schizophrenia we are talking about. When the DSM (American Psychiatric Association Classification of Mental Illness) reached its fourth revision; That is, it changed from DSM-III to DSM-III-R and later to DSM-IV; A condition was set for the diagnosis of schizophrenia, which was that the symptoms of the disease should last for six months and the active symptoms should last for a month. That is, in the case of schizophrenia, the DSM-IV was screened in such a way that only the most severe cases of DSM-III and DSM-III-R were considered schizophrenia.

It is as if the term bone fracture is only used when the two ends of the bone are separated. According to an orthopedist, if one side of the bone is broken and the other side is attached, there is a fracture and it is called Green stick fracture; But when the name of the issue is changed in the relevant classification, it is no longer referred to as a fracture.

What was done in the DSM-IV was that only those with more severe features were diagnosed with schizophrenia; This means that the symptoms are fully active for one month and Prodromal symptoms, active symptoms and residual symptoms continue for six months. So many people who were schizophrenics thirty years ago; They are now called “schizophrenia” or “transient psychotic disorder” (milder forms of psychosis).

However, when a psychiatrist like Laing says schizophrenia is the Position of checkmate; This means that no schizophrenic patient can be treated unless there is family intervention; As you can see, many schizophrenic patients do not have time to talk to the patient’s family when they go to the hospital; Finally, the social worker explains to the patient’s family that the patient should take medication; Do not stop the medicine; If the drug is stopped, the disease will recur and then the person will take the drug and 80% of the symptoms will be controlled!

Still, people believe that treatment is often not possible without system intervention; It is true that a patient with schizophrenia can be treated individually and the symptoms will subside and remission; But when the patient returns to the family, the family pattern causes the patient to relapse and return symptoms.

These patterns include Hyper Involvement, Criticism, and Emotionality.

If these features are present in the family, the patient’s family should be family therapy and this pattern should be corrected. This reduces the recurrence rate of schizophrenia that requires hospitalization by five times. According to this definition, schizophrenia is a familial disease; But when more effective drugs like atypical antipsychotics (Clozapine) came on the market; They found that there was no intervention in the families; The rate (HEE) in the family decreases. That is (HEE) is a secondary phenomenon.

That is, sometimes a patient’s social context introduces you to an escape goat; That is, the whole family system is sick; But in an implicit agreement, a person is introduced to the therapist as a patient, and it is the therapist who must be able to discover that the people who seem to be caring for the patient are themselves sicker; Conversely, sometimes a patient becomes ill with the social fabric around him, and although we see the whole family in disarray, not everyone needs treatment. Because their confusion is nothing but fatigue and exhaustion. So basically we do not always have to manipulate the social context; In many cases, when we manipulate the patient, the family also changes.